Getting Around Pittsburgh | Real Estate 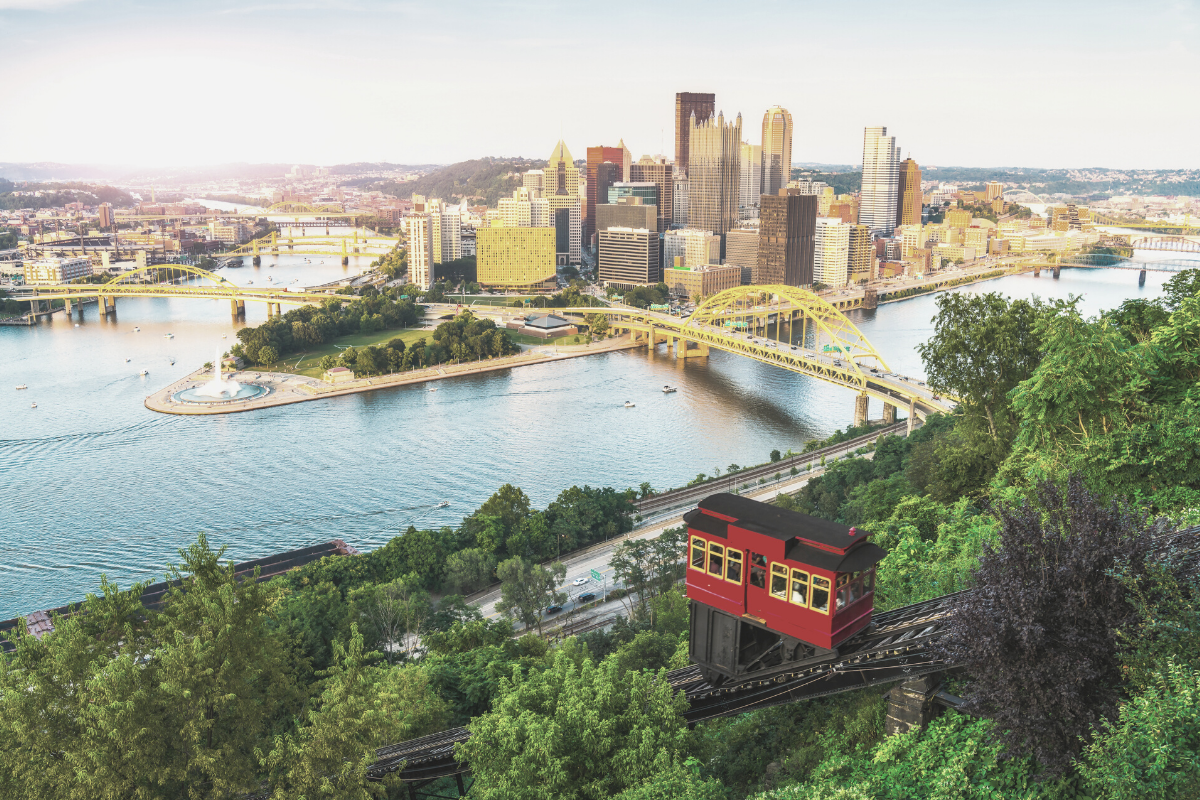 It’s true, Pittsburgh doesn’t have a subway (yet…Santa hasn’t quite responded to my wishlist letter yet) but that doesn’t mean there aren’t plenty of ways to get where you need to go. So, without further ado, let’s take a look at each one.

The Passenger Rail. This Amtrak railroad service provides inter-city passenger rail service in 2 routes: The Pennsylvanian and the Capital Limited. Each route provides one trip a day in each direction. The Pennsylvanian route offers service between New York City and Downtown Pittsburgh. The Capital Limited connects Washington DC and Chicago with a stop in Pittsburgh.

The Pittsburgh Port Authority Bus System. With 98 buses out there getting around, catching one is pretty easy. Most urban neighborhoods have stops aplenty and there are even plastic reusable smart cards, which makes paying your fares faster, easier, and more secure. Just tap the farebox upon entering the bus and have a seat.

The Pittsburgh Inclines. A Pittsburgh mainstay, must-see, and must-ride, you simply cannot come through the ‘Burgh without taking a ride on one of these rail cars. It’s like taking a big leap back in time to the time of cable cars. There are 2 cars running on separate tracks and super affordable and so much fun. Both offer the best views of the entire city, as they climb up from the South Side area and scale a large hillside at a 30-degree angle. Fares for both are anywhere from free to $2.50, depending day, time, and age of the rider.

1. The Duquesne Incline opened in May of 1877 and almost went out of service until some local residents worked to restore it to its original beauty and working order.
2. The Monongahela Incline opened a full 7 years before its sister incline and has been in nearly continuous use of almost a century and a half. PS, this site includes a “sliding photo” so you can see the Incline when it first opened and compare it to today’s incline.

Uber/Lyft. These rideshare companies are relatively new to the Pittsburgh area and WOW was they badly needed! If you’re not familiar with the taxi service in the ‘Burgh, I’ll just give you one word to describe it: b.a.d.d.d.d.d.d.d. When Uber and Lyft launching in Pittsburgh in 2015, everyone breathed a huge sigh of relief. This city welcomed both companies with open arms. The download of one app and the press of one button will get a quick, affordable, and safe ride wherever it is you need to go!

Bikes. I have to say, watching Pittsburgh put in all the effort it has into trying to make this city as bike-friendly as they can have been wonderful. Not only are there more bike lanes that have come about over the last few years than in 20 years total, but the events that have arisen for bicycle riders and the community-building that has been sent into action around bikes have also been just as lovely. We have bike rental stations as well as stations for bike ride-sharing all over the city. You can thank Google for that. When they were deciding to come into the city, one of their requirements was they made the city more bike-friendly with an array of safe bike lanes throughout the streets. Throughout every year, Bike Pittsburgh holds events, fundraisers and “OpenStreetsPGH”, which is in a new neighborhood each time, allowing the neighborhood to shut down certain, connected streets to encourage bicyclists to come out and enjoy the freedom! Walkers are encouraged to come out too! You can also now take advantage of the Pittsburgh Party Pedaler. What better way to see the city than to pedal you’re way through the streets, all while enjoying a beer? This pedal bar doesn’t move unless you donate your foot power and the best thing about that is that you work off all the carbs while learning all about Pittsburgh’s rich history. Can’t beat that!

Boats. Unfortunately there aren't any legit boating options available for simple transport, but we do have some fun options for those of you looking for a great Pittsburgh experience!

1. Pontoon Boats. You can now rent pontoon boats in Pittsburgh for some fun. Yeah…not exactly for real transportation here and there, but why not have some fun with these 3 rivers?

2. The Gateway Clipper fleet. Wine, dine, dance, and party in a lovely environment while gliding down Pittsburgh’s shoreline. So many events to take advantage of here!

3. Cruisin’ Tiki Pittsburgh. Two-hour tours on the 3 rivers on a floating tiki boat. What more do I need to say?? They provide the boat, cooler, bottled water, ice, and bluetooth speakers. You provide the friends, beverages, and snacks. Heaven.

4. Pedal Boat. Not liking the whole pedal through the streets thing? We got you covered. How about pedaling your way through the 3 rivers?? Same deal, same calorie-burning, same fun, just not on land.

Now get out there and GO!